Beihai Park is a large urban park located in the center of Beijing China.  The park was once the largest imperial garden in China.  Today, it is a top tourist destination in the Chinese capital.

Beihai Park is home to a number of old temples including the White Dagoba. Tourists can rent a boat and paddle out on the lake in the center of the park.  Beihai is a great place for overseas tourists to watch traditional Chinese outdoor dancing. 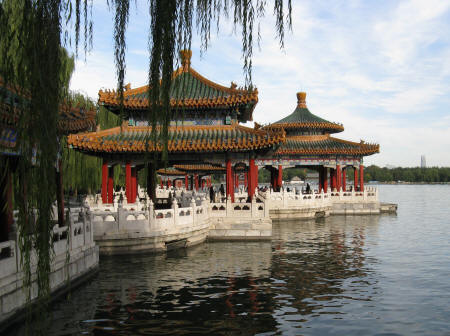 Beihai Park is located a short distance northwest of the Forbidden City.  It can be found just west of Jing Shan Park, another lovely urban park in Beijing China.