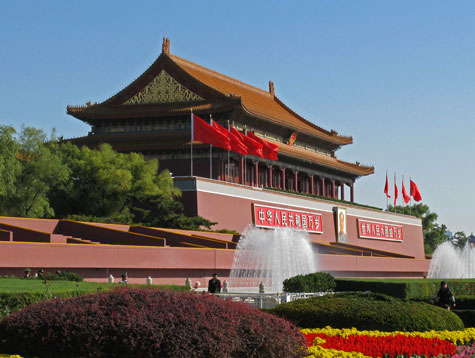 Famous landmarks in Beijing are the Forbidden City, Hall of Supreme Harmony, Yuyuantan Park and the CCTV Tower.

Historic buildings on Tiananmen Square are the Great Hall of the People, Mao's Mausoleum and the Gate of Heavenly Peace.

Hotel accommodation can be found in Beijing's city centre, near the Beijing Airport and in outlying districts.

In addition to having an ultramodern international airport, Beijing has a modern and inexpensive metro system.