Qian Men (or Zhengyang Men) is one of nine gates that lead to the imperial quarters in Beijing China's Forbidden City.

Located on the south side of Tiananmen Square (Tian'an Men Square) in the heart of Beijing, Qian Men ranks as one of the city's most famous landmarks. 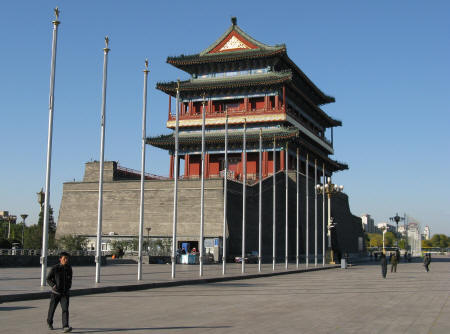