The Underground City (Dixia Cheng) in Beijing China is a network of tunnels and chambers that run under the streets of Beijing.

The tunnels were built in the 1960s when political tensions between the Soviet Union and China reached a peak. 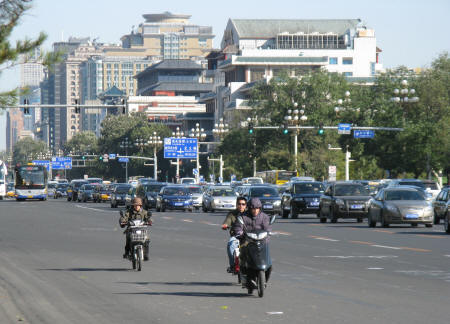 The Underground City was designed to withstand a nuclear or conventional attack by Russia.

Visitors to Beijing can tour portions of the Beijing's Underground City.