The park features a hilltop palace with a spectacular view of Beijing city. 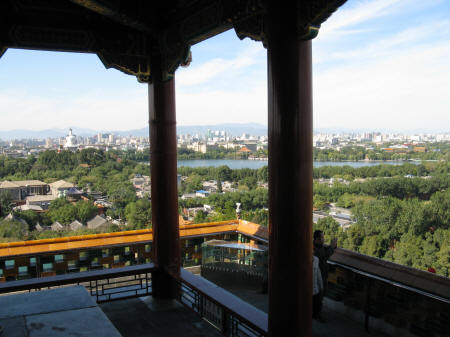 Jing Shan was established in the 14th century and is home to the Jing Shan Palace.

The city park that can be seen to the west of Jing Shan Park is called Beihai Park.