There are a number of monuments in Beijing China that commemorate the communist revolution.  They can be found near the Mao Zedong Mausoleum (Chairman Mao Memorial Hall) in Tiananmen Square.

The monuments are typical of communist era art which typically depict committed revolutionaries, contented workers and a harmonious socialist society. 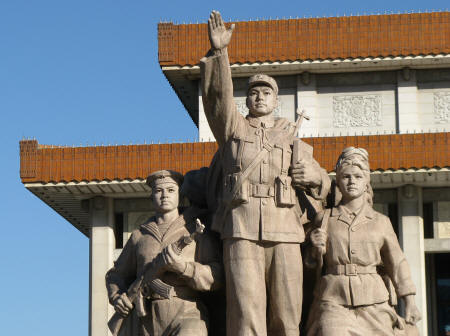 Although revolutionary art (i.e. monuments, statues, murals, paintings, banners) was once widely displayed throughout Beijing, it has largely disappeared as China focuses more on its future than on its turbulent past.