Mao Zedong was the chairman of the communist party and founder of modern day China.

In spite of the suffering that he inflicted on millions of Chinese citizens during the failed "Great Leap Forward" and later the "Cultural Revolution", Mao is still regarded as a national hero in China. 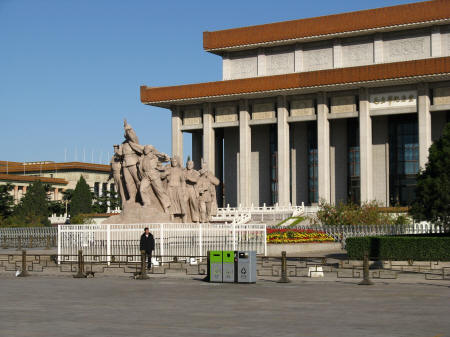 Mao Zedong was the leader of China's 1949 Communist revolution and the head of the Chinese Communist Party from 1945 until his death in 1976.

The chairman's preserved body is on display at the Mao Zedong Mausoleum located in the "Chairman Mao Memorial Hall" in the centre of Tiananmen Square.

Thousands of visitors to the Chinese capital stand in long queues each day, to view his embalmed body.